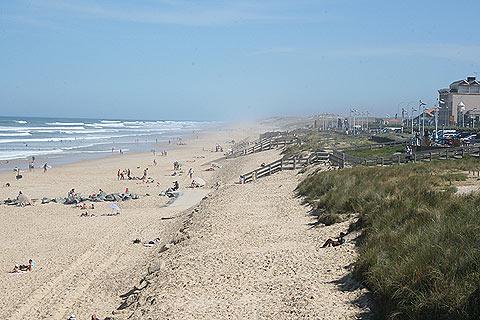 The Medoc region is one of the less visited regions of southern France – and most (overseas) visitors are here for the famous vineyards to the east of the Medoc peninsula such as Chateau Margaux, Chateau Mouton-Rothschild, Pauillac, Chateau Lafite-Rothschild…

…but on this occasion we aren’t here for the wine, we are visiting the beaches! 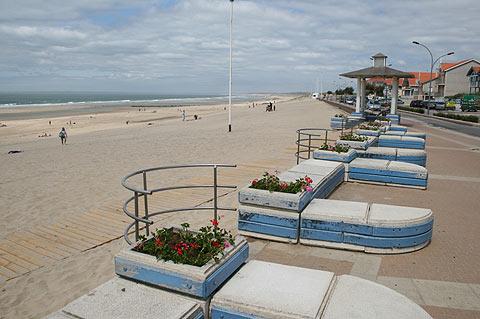 Less well known than the wine chateaux is the Atlantic Coast to the west of the Medoc region, which features more than 100 km of sandy beaches. There is and little of the crowding that you will find on the French Riviera – the beaches are free and very long, so if you stroll a bit further you will usually reach a quiet spot pretty soon!

First question you will probably ask is…where is the Medoc?!

Well, if you head west from Bordeaux, after about 50km you will reach Arcachon, major resort on the Atlantic coast.Now head north, and you are travelling along the coast on the western side of the Medoc. Officially it falls within the Gironde department of Aquitaine.

First thing to be aware of is that the Atlantic beaches in the south of France often get big waves. Popular with surfers, less so with a child practicing their swimming!

So the second thing to be aware of is that there are two large lakes just inland (from the resorts of Lacanau, Carcans and Hourtin), one of which is the largest lake in France, and both with lake beaches – sandy, backed by dunes, and without the Atlantic Ocean, so much better for children and sea swimmers.

The Atlantic resorts of Medoc

Lacanau Ocean is the largest and most popular of the resorts, and has the most facilities.

Soulac-sur-Mer to the north of the Medoc is the closest to also being a traditional town (it even has a 12th century basilica, retrieved from the sand a couple of centuries ago).

The other resorts such as Hourtin, Carcans and Montalivet are much smaller, and quiter outside peak summer season.

Personally I prefer the beaches in the central section around Lacanau and Carcans, backed as they are by higher sand dunes, but each to their own.

While each of the resorts has a small town close by where you can stock up on sun-cream and wine etc they have little of historical interest, so the coast here is more suited to sun lovers than architecture enthusiasts and holidaymakers looking for historical monuments. 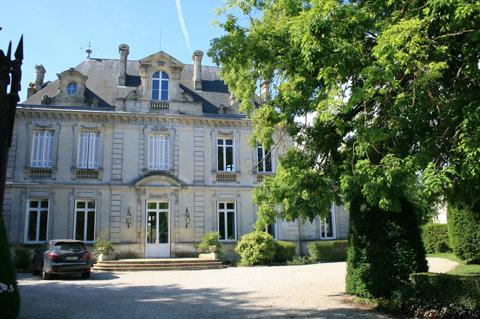 One great way to explore the Medoc would be to travel by bike. There is a cycle path all the way from Bordeaux to Lacanau, and then another cycle path runs the entire length of the coast – more than 100 kilometres in all – along the coast and often through the large forest that stands behind the coast.

The scenery is pretty flat here, but not always completely flat and occasionally you will find you are heading into a headwind, so it would be best to allow 2-3 days (or more, what’s the rush…) to travel the whole length of the Medoc unless you fancy a great one day challenge! If you can convince someone else to drive the luggage on to the next night destination – so much the better!